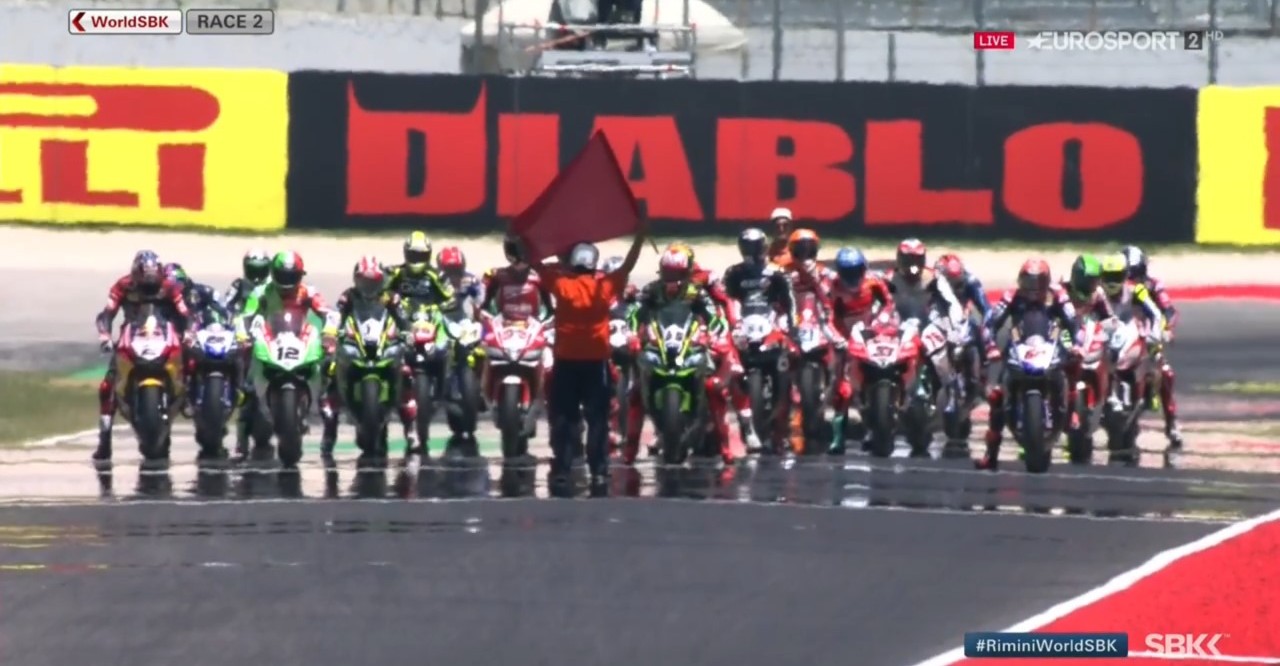 I recently ran a Twitter poll. Almost 2,000 people voted over 48 hours. The result? An overall majority is pushing for World Superbikes to revert to its old format of a two-race weekend with both races on Sunday. Will it come to fruition?

The poll was something I ran as a personal experiment off the back of Dorna, the commercial rights holder of World Superbikes, getting together with Motorsport.com to run an official fan survey as it looks to improve the show. Whether or not the results of that mass survey are made public remains to be seen. Either way, I was keen to run a little poll of my own based solely on the race weekend format which has been a talking point since it was changed and again recently when MSV, organisers of the British Round, insisted in a meeting with Dorna that they couldn’t justify running the Donington event unless two races are run on Sunday.

Since the inauguration of World Superbikes in 1988, bar a few exceptions, two races on a Sunday was the norm. This was changed for 2016 as Dorna looked to boost crowd numbers at circuits and encourage fans to make a full weekend of it by switching Race 1 to Saturday. Positive aspects of this format include the possibility of dramatic weather changes overnight and the ability for teams to have more time for repairs should an incident occur in Race 1. However, there is less time to repair a damaged bike after qualifying and not all fans can afford to have the time or money to travel to a circuit for two days in a row, fund the necessary accommodation for staying over or justify being away from home all weekend.

Many thanks for the 122 retweets which helped to raise the final number of voters to 1,887 over a two-day period. A lot more than I was expecting. Prior to the poll I was keen to see the three-race idea brought in, mostly because it would be new and different. However, since running the poll I am beginning to change my mind and believe the championship organisers must do what the majority want.

A winning 55% wishes to see two races on a Sunday and none on Saturday. If that is what the majority want, switch it back. But would the championship owners be happy to revert their change? The public needs to like the format. Going back to the poll, 33% voted for the three-race format which Dorna is considering (one race on Saturday, two on Sunday) but most tellingly just 12% said they would like to keep the current format of Race 1 on Saturday and Race 2 on Sunday. Perhaps this shows that many working in the racing world are living in a bubble and losing touch of reality. Could you justify leaving your wife and kids for the entire weekend while you travel up and down the motorway to watch races on each day? Or taking the whole family but having to pay the necessary costs across those two days? There is fuel to consider, food for everybody and maybe a hotel room. That’s a lot of money.

It seems the public wants what World Superbikes always was: two races on a Sunday. The diehard fans will still come for the whole weekend but the key is attracting the masses. Sticking something like a Supersport 300 race at the end of Saturday would help to whet the appetite after Superbike qualifying.

Once the format is sorted, perhaps the organisers would consider closing up the massive summer break which totally breaks up momentum in the championship. In fact, people forget about it all together unless they’re a hardcore fan – but most people are not a hardcore fan, they’re a casual armchair viewer. As for attracting more races, numerous circuits worldwide would give their eye teeth to host a World Superbike round providing they could afford it; if the race fees were dropped more circuits could host races and in-turn could charge less to punters for tickets, thus upping the crowd numbers. More activities in the paddock and around the venue need to be made available to cater for members of the family who aren’t so interested in the on-track activities. Yes, this costs money, but not massive amounts.

In my opinion the first question the series owners need to ask themselves is: what are we actually wanting from the World Superbike Championship? You can’t arrive at your destination unless you know where you want to go.

What do you reckon? Join the debate on Twitter: @GregHainesTV