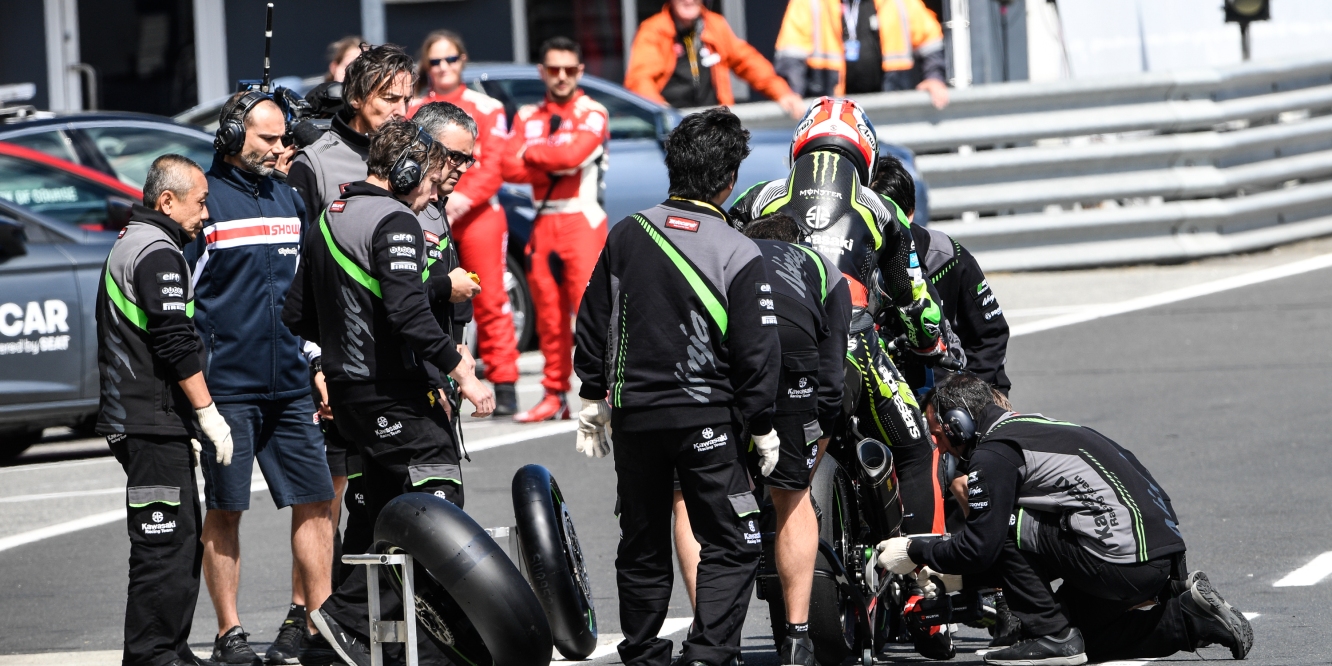 Impromptu pit lane visits added to the drama of the World Superbike Championship at Phillip Island, but should they be introduced on a full-time basis?

After this year’s remarkable opening round of the World Superbike season, I spent several hours trawling up and down the Philip Island paddock. There was plenty of reaction to pit-stops being added to the second race due to safety concerns with tyres. The first question was whether the stops were even necessary – some riders said ‘yes’, others a flat ‘no’ – but that is another matter all together and one reported in Motorcycle News on 28th February.

I believe in trial and error in life. Why not try something new from time to time? If it doesn’t work, it doesn’t matter. If you don’t try, you’ll never know.

Chaz Davies on pit-stops and being different:

Naturally I was keen to ask people whether they think a mandatory pit-stop would be an interesting element in one of the two races every weekend. Personally, I think it would come as a curious addition to Race 2. I took to Twitter and created a poll; following a weekend of voting, a narrow majority was against the idea.

There are arguments for and against an obligatory pit-stop in the middle of a WSB race. Having spent a week talking with riders, team members, media colleagues and most importantly the public, the top reasons for and against are listed below. 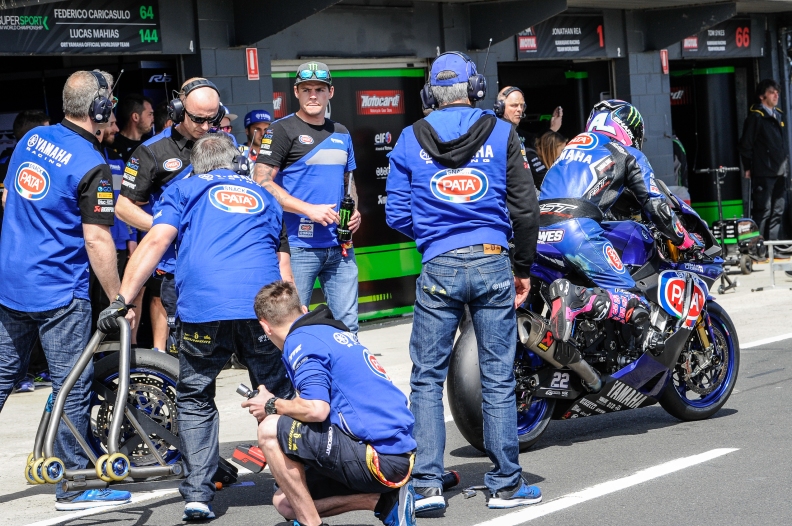 What did the riders reckon?

Jonathan Rea
I like having a normal race although the pit-stops gave some more excitement for fans, riders and teams which was a good thing. Pit-stops or no pit-stops are both okay for me.

Xavi Fores
It was fun, but I prefer it without a pit-stop. There was a lot of stress for the teams in the pit lane and it was quite dangerous when we all returned to the track on the limit.

Alex Lowes
I enjoyed it but personally don’t think we should have pit-stops all the time; it adds to the things that can go wrong which are out of the rider’s control. I prefer a longer race with more tactics and tyre conservation, but I wouldn’t mind if they decided to have a pit-stop in the future.

Leon Camier
I was a big fan. Dorna shouldn’t be scared of doing it again if necessary. It was good racing; we could push for ten laps and not have to worry about tyres. I don’t think I’d like it all the time because I like the challenge of managing tyres, which is something you analyse in practice. 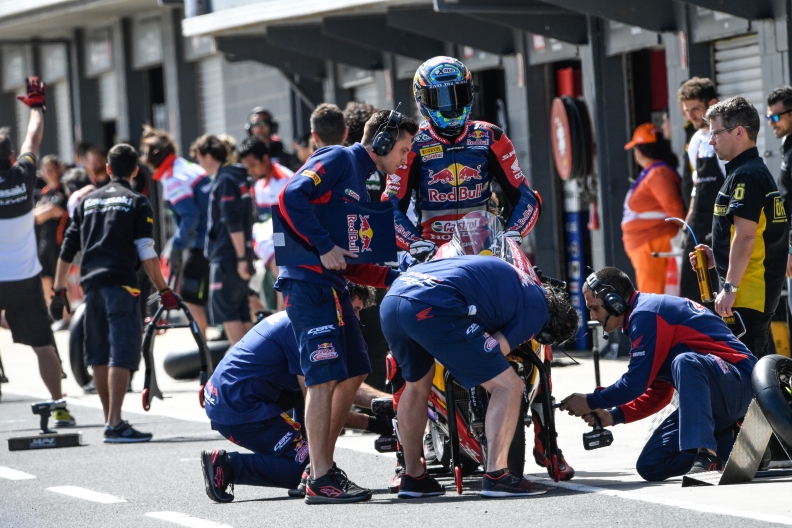 There is no right or wrong answer and getting a motor racing paddock to agree always has been impossible. What is frustrating, however, is when individuals (mostly behind their computer screens) choose to criticize WSB without providing a valid argument or solution. This is negative and won’t help anyone.

Surely we all agree that sport should be entertaining. Was WSB already entertaining before the pit-stops? Yes. Are there critics who will stick the knife in regardless? Yes. Should pit-stops be added on a regular basis? Not necessarily, but we shouldn’t be afraid to try new things provided a majority of the fans are in agreement and that ideas are put forward in a sensible manner.

What’s your opinion? Get in touch on Twitter: @GregHainesTV